“One of the most distinctive of the younger composers in Europe today. His ability to fuse music, text and visual images into a totally organic whole sets him apart from nearly all his contemporaries.” (Andrew Clements, The Guardian)

Before studying composition (with Diderik Wagenaar, Gilius van Bergeijk and Louis Andriessen), Van der Aa trained first as a recording engineer at the Royal Conservatory in The Hague. In 2002 he broadened his skills with studies in film direction, at the New York Film Academy, and in 2007 he participated in the Lincoln Center Theater Director’s Lab, an intensive course in stage direction.

Van der Aa’s musical materials are hard to tease apart, constantly switching between stasis and high energy, concrete and abstract, acoustic and electronic, ‘pure’ and processed, brand new and half-remembered. Many of them are as visual as they are aural. The possibilities of digital and audio- visual technology often feature, not as a surface gloss to his work but at the core of his artistic outlook.

“Here is no avant-gardist who mercilessly frightens off his audience, no esoteric metaphysician, no gushing neo-Romantic. Instead, here we have a powerful seeker on a quest for the meaning of life who combines austere sounds with a preference for whip cracking rhythms and dense tonal atmosphere.” (Reinhard Brembeck, Süddeutsche Zeitung)

Another important aspect to Van der Aa’s is collaboration and interdisciplinarity. He has worked with leading classical performers such as Sol Gabetta, Barbara Hannigan, Janine Jansen, Christianne Stotijn and Roderick Williams, as well as the Portuguese fado singer Ana Moura, pop acts Kate Miller-Heidke and These New Puritans, and well-known European actors like Klaus Maria Brandauer and João Reis.

His most recent partnership is with the English novelist David Mitchell, with whom he is writing his fourth work for music theatre, Sunken Garden, an ‘occult-mystery film-opera’ co-commissioned by English National Opera, the Toronto Luminato Festival, Opera de Lyon, the Holland Festival and the Barbican Centre, London.

Van der Aa has won acclaim for his multimedia works for the stage and concert hall (not only the operas One, After Life and The Book of Disquiet, but also Up-Close, and Transit for piano and video). He has directed both the filmed and staged elements of all of these works. His operas have been staged in more than a dozen countries, with After Life and The Book of Disquiet being regularly revived.
In 1999 Michel Van der Aa was the first Dutch composer to win the prestigious International Gaudeamus Prize. Subsequent awards include the Matthijs Vermeulen prize (2004), a Siemens Composers Grant (2005), the Charlotte Köhler Prize for his directing work and the interdisciplinary character of his oeuvre (2005), the Paul Hindemith Prize (2006), and the Kagel Prize (2013). Michel van der Aa has won the 2013 Grawemeyer Award for Music Composition for his multimedia work Up-Close.

In 2007 the Royal Concertgebouw Orchestra commissioned the song cycle Spaces of Blank, and since 2011 he has been a ‘house composer’ with the orchestra. This association will lead to several major new works, among them the Violin Concerto (2014), written for Janine Jansen. Over the last few years he has also developed strong ties with the Barbican Centre, with performances of After Life and Up-Close, which led to the premiere of Sunken Garden in April 2013.

In 2010 he launched Disquiet Media, an independent multimedia label for his own work, and in 2012 developed Disquiet TV, an online virtual auditorium for contemporary music events.

Forthcoming projects in 2015 include an interactive digital song cycle, The Book of Sand, a co-commission of the Holland Festival, Sydney Festival and the BBC’s The Space, that will be released as a website and smartphone app at the end of May. Spring 2016 will see the premiere at the Muziekgebouw aan ’t IJ of Blank Out, a new chamber opera for soprano, baritone and 3D film, to be performed by Miah Persson, Roderick Williams and Dutch National Opera.

Michel van der Aa is published by Boosey & Hawkes, and his stage works are represented by Intermusica. He is an active user of social media, with presences on Facebook and Twitter. 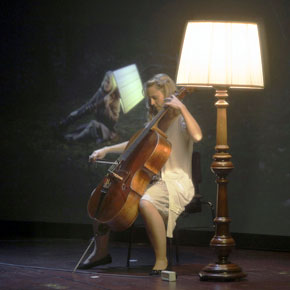 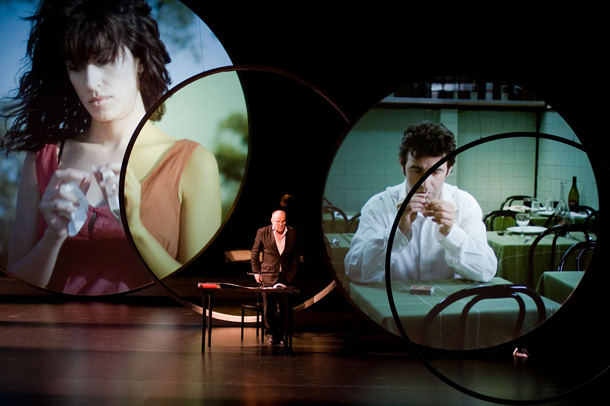 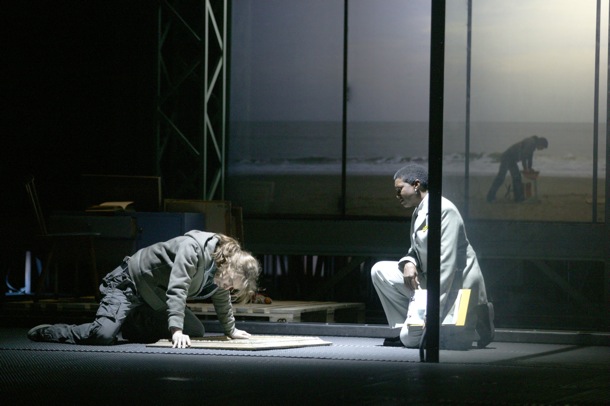 Between
for percussion quartet and soundtrack
4 perc, soundtrack
Duration: 17′