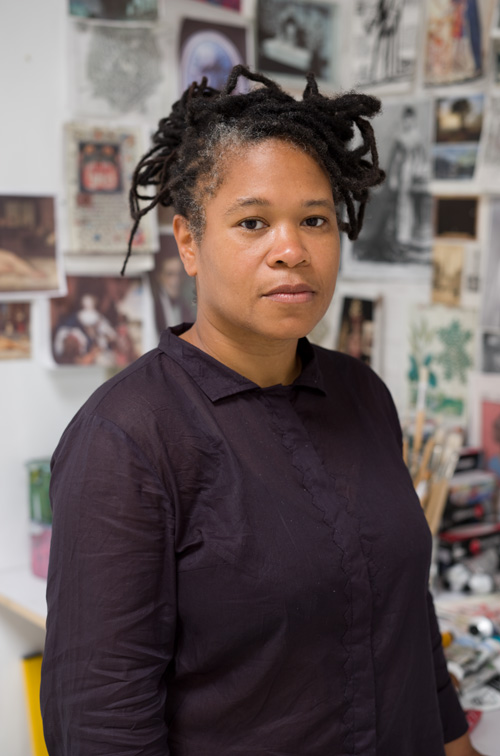 The Johannes Vermeer Award 2021 has been awarded to visual artist Natasja Kensmil. The Dutch state prize for the arts will be presented on 1 November by Ingrid van Engelshoven, Minister of Education, Culture and Science. The jury, chaired by Andrée van Es, unanimously nominated her for the award. In her work, Natasja Kensmil makes the connection between heritage and current events in her own special way, resulting in a captivating visualisation of this connection on both canvas and paper.

Painting
The Johannes Vermeer Award is intended for artists working in the Netherlands and across all disciplines. The selection of Kensmil emphasises the important position of painting in Dutch history. At the same time, Kensmil also demonstrates that this history is flawed, and that certain perspectives have remained underexposed. With their many details, layers and nuances, Natasja Kensmil’s paintings confront us with the dark sides of our human existence and history. The jury considers her work to be healing, constructive and critical at the same time.

Past and present
In her work, Natasja Kensmil often refers to historical themes and the interaction between past and present. The jury says the following about her paintings, Monument of Regents, currently on view in the Amsterdam Museum wing of the Hermitage in Amsterdam until 3 January 2022: “Kensmil reflects on the prevailing canon and brings new histories to the fore. She does not deface, she does not remove, she does not ignore, but rather, she distorts.”

The jury emphasises the importance of the Johannes Vermeer Award this year, against the backdrop of the COVID-19 crisis: “The jury is acutely aware of the extraordinary impact of the past year on individual artists, and expresses its admiration for all those who have reflected on events in solitude.”

Current and future exhibitions
From 11 September, Natasja Kensmil has new work on view at the Fries Museum, as part of the exhibition Icons. A retrospective exhibition, A Poison Tree, in a parallel solo exhibition with Sadik Kwaish Alfraji, opens at Kunsthal KAdE on 25 September. This is accompanied by the publication of a critical catalogue, published by Alauda Publications and KAdE. In addition, a documentary about Kensmil, by director Lisa Boerstra, produced by Interakt, is expected soon.

On the occasion of the Johannes Vermeer Award, the Ministry of Education, Culture and Science every year showcases a presentation, based on the work of the award winner, in the OCW window, an exhibition space right next to the entrance of the Ministry, at Rijnstraat 50 in The Hague. The presentation on the work of Natasja Kensmil will be on view from 1 November 2021 until the end of January 2022.

About the award
The Johannes Vermeer Award is the Dutch state prize for the arts and consists of a sum of 100,000 euros. The winner can spend this sum on a special project within his or her field of work. The Dutch government instituted the award in 2008 to honour and encourage exceptional artistic talent. The award organisation is in the hands of the six national culture funds with the Mondriaan Fund as central coordinator, and the state prize can be awarded to artists working in the Netherlands, across all disciplines. Former recipients of the award include Rineke Dijkstra, Ivo van Hove, Janine Jansen, Iris van Herpen, Steve McQueen, Michel van der Aa, Irma Boom, Rem Koolhaas, Marlene Dumas, Erwin Olaf, Alex van Warmerdam and Pierre Audi. This year, the jury consists of Andrée van Es (chair), Pierre Audi, Romana Vrede, Hicham Khalidi and Sjeng Scheijen. 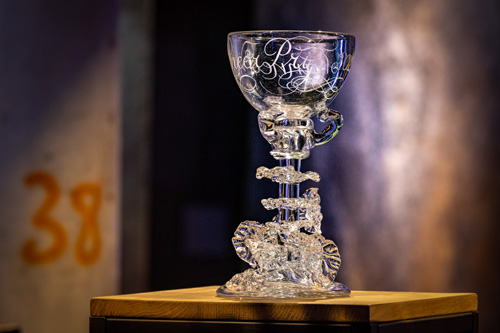 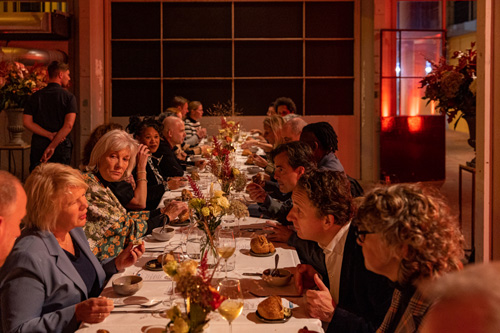 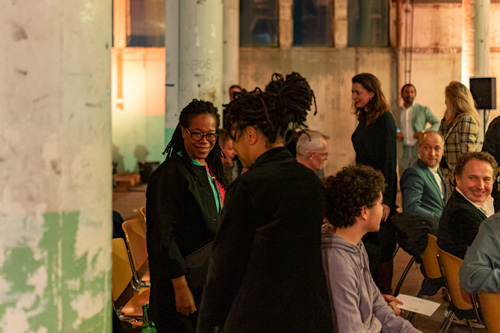 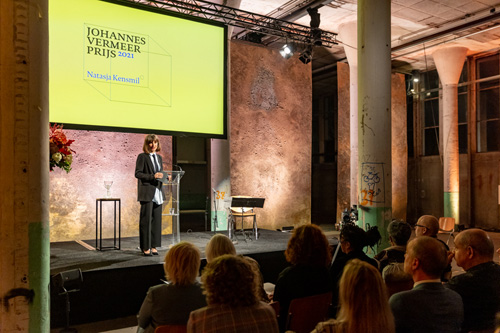 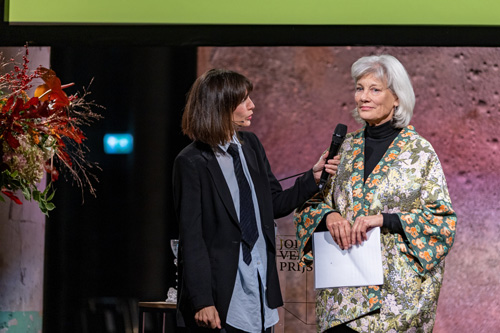 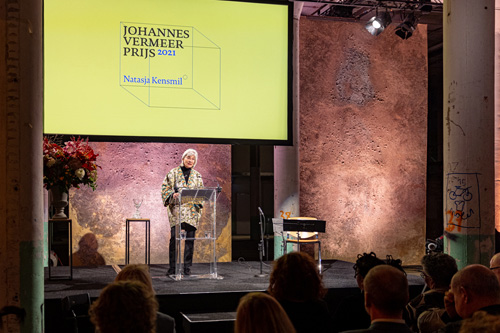 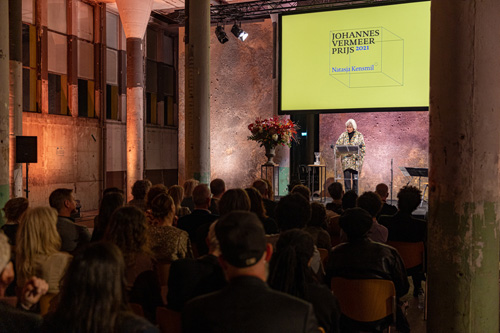 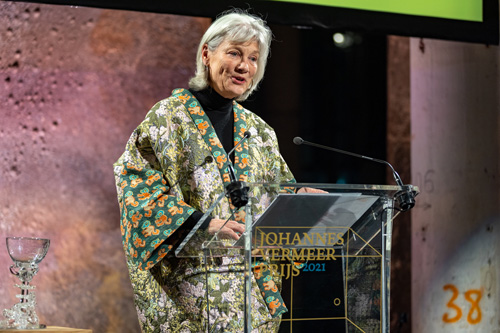 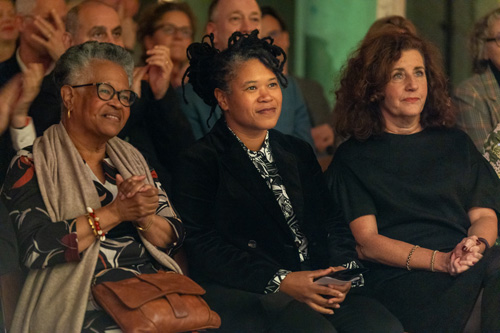 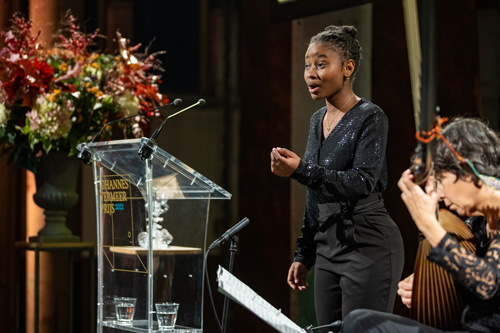 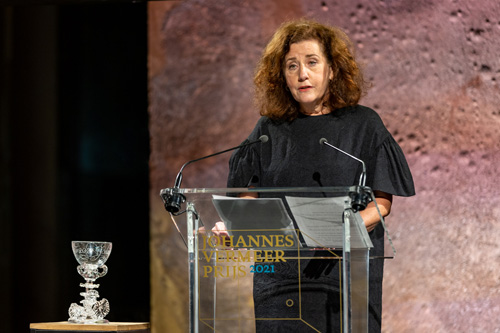 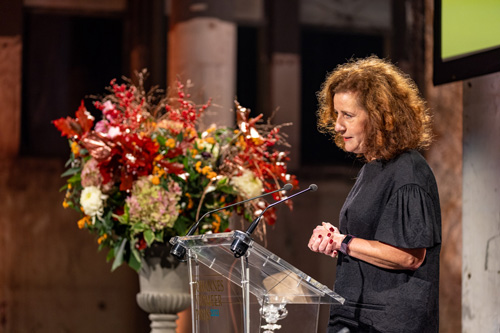 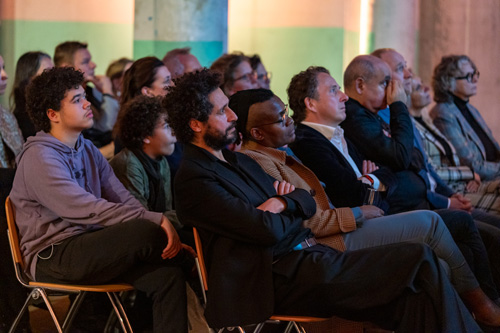 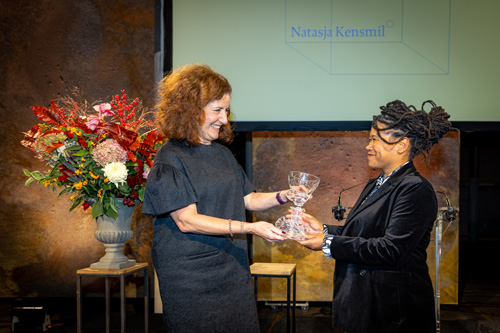 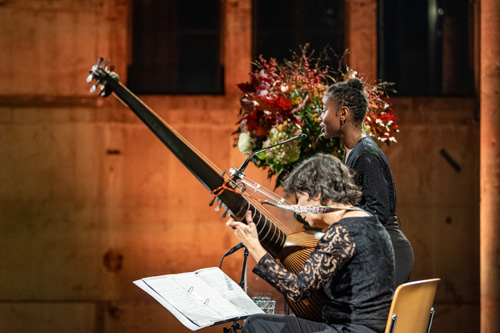 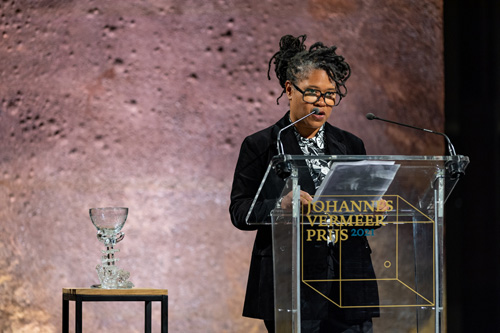 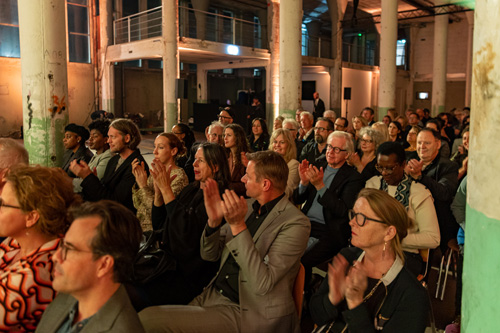 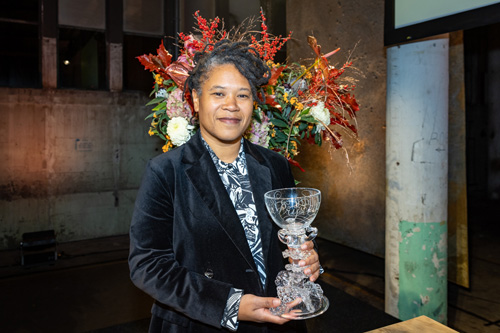 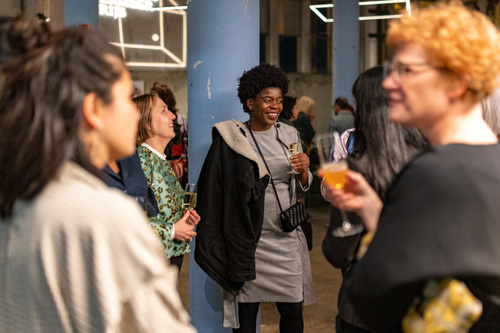 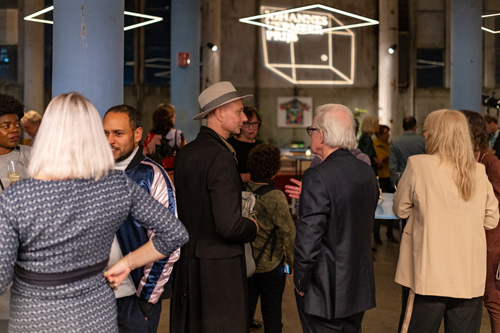 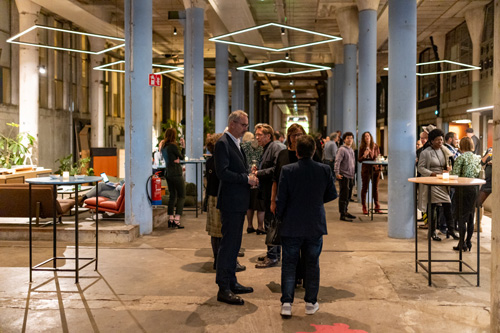 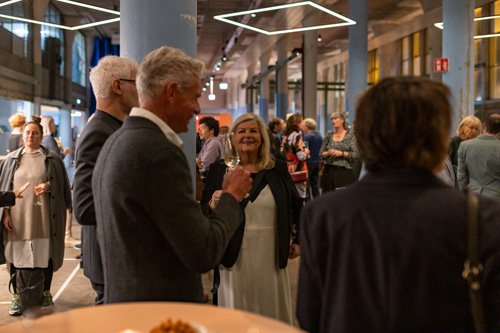 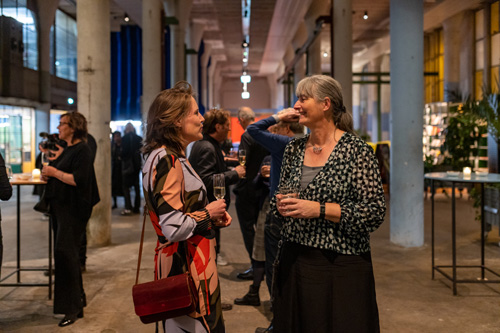