Alex van Warmerdam (filmmaker, writer, designer, director and actor) was born 14 August 1952 in Haarlem. After the School for Graphic Design he successfully completed the Rietveld Academy in Amsterdam and went on to become co-founder of the legendary music theatre company Hauser Orkater.

In the late seventies, in collaboration with Jim van der Woude and Frans Weisz, he wrote the script and drew the storyboard for the filmed versions of Hauser Orkater’s performances Entrée Brussels and Striptease. After the short film De Stedeling (The Townsman), he made his first feature film Abel (Voyeur) in 1986, followed by De Noorderlingen (The Northerners), De Jurk (The Dress), Kleine Teun (Little Tony) and Grimm, Ober (Waiter) and De laatste dagen van Emma Blank (The Last Days of Emma Blank).

From 1980 onwards, he has made 11 theatre performances with his company De Mexicaanse Hond, including Graniet (Granite), Kaatje Is Verdronken (Cathy Has Drowned), Kleine Teun (Little Tony), Adel Blank and De verschrikkelijke moeder (The Horrible Mother). All his theatrical texts and plays, as well as his novel De Hand van een Vreemde (The Hand of a Stranger) have been published by publishing house Thomas Rap. In 2006 publishing house Nieuw Amsterdam published his collection of poems Van alle kanten komen ze (They’re Coming From All Sides).

In addition to many film awards, he received the prestigious Prince Bernhard Cultural Foundation Theatre Award for his body of work as maker of theatre and film, as well as the Albert van Dalsum Award from the city of Amsterdam and the Dutch/Flemish Toneelschrijfprijs for his theatrical work, amongst others. In 2001, he entertained and astonished readers of the newspaper NRC Handelsblad with his weekly gouaches. In the spring of 2010, the city museum of Schiedam put on a special exhibition of his multidisciplinary work, titled Alex van Warmerdam: exhibition, paintings, film, theatre. On 15 November, Alex van Warmerdam receives Holland’s highest artistic and cultural distinction, the Johannes Vermeer Award 2010, the state prize for the arts. 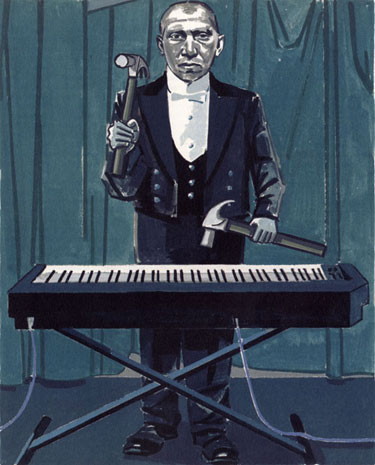 Alex van Warmerdam Music, 2000
Gouache on paper. From a series of eight personifications of the arts, included in the annual report of the Prince Bernhard Cultural Foundation, Amsterdam, 2000.
Collection: Alex van Warmerdam

Alex van Warmerdam Visual Art, 2000
Gouache on paper. From a series of eight personifications of the arts, included in the annual report of the Prince Bernhard Cultural Foundation, Amsterdam, 2000.
Collection: Alex van Warmerdam 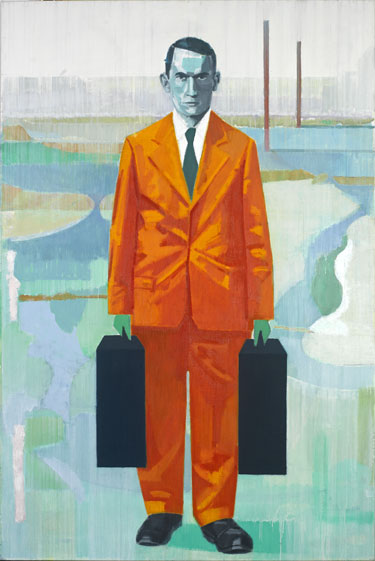 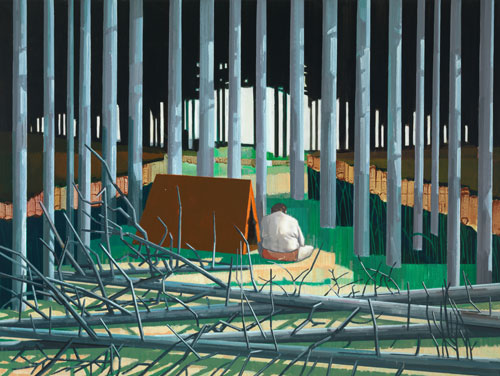 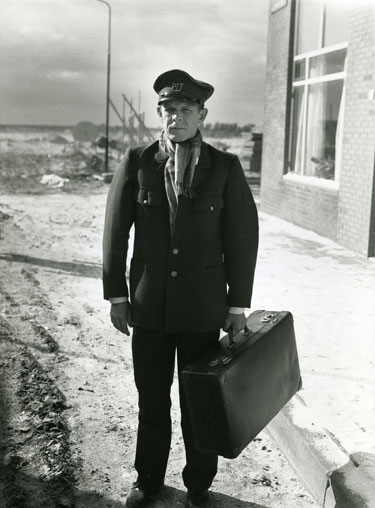 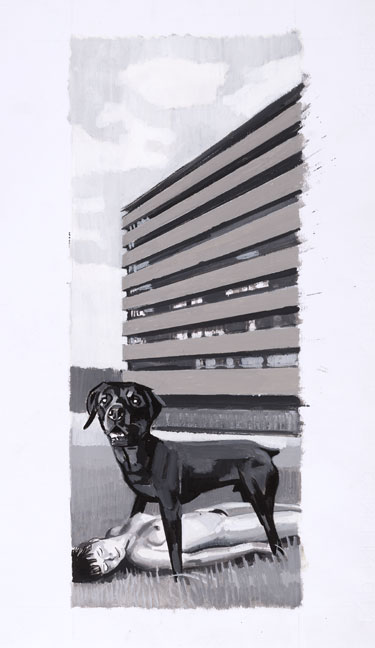 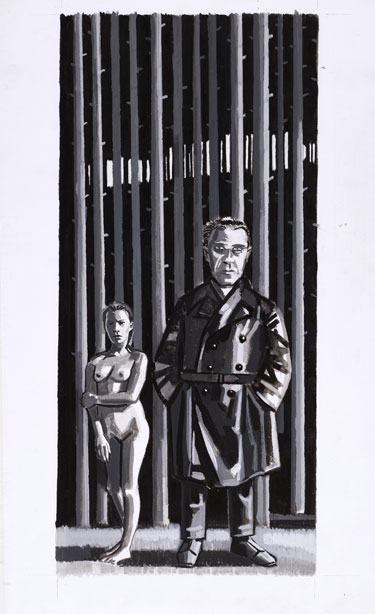 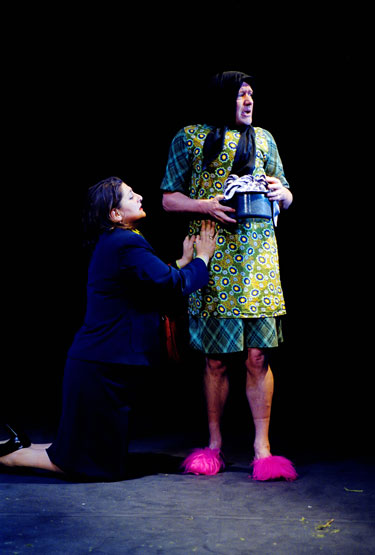 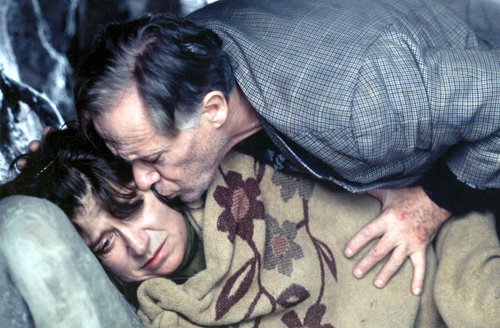 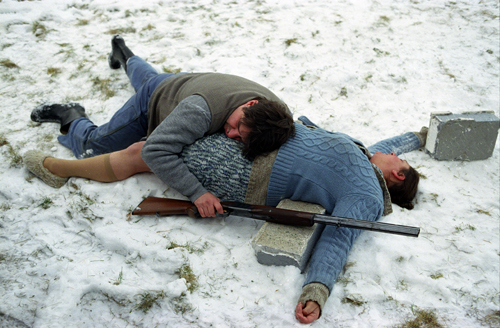 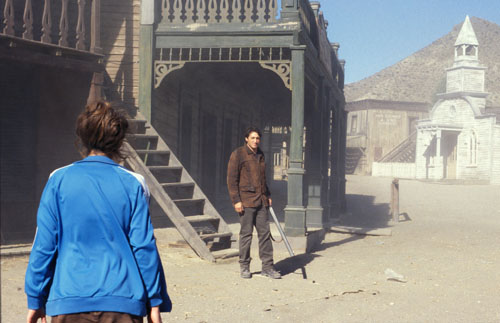 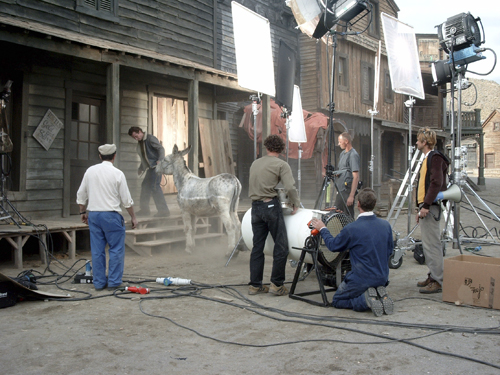 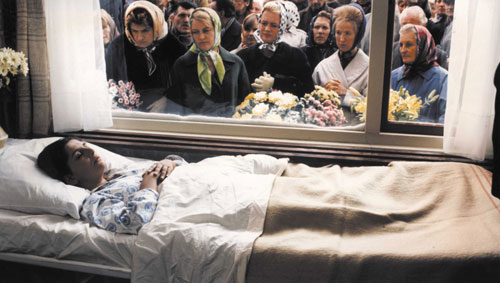 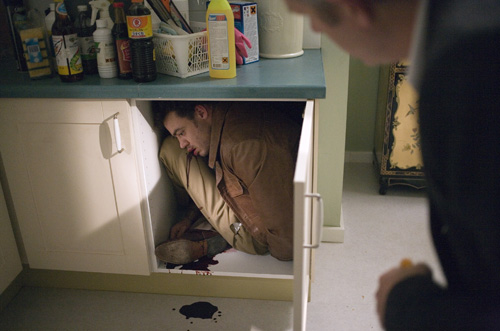 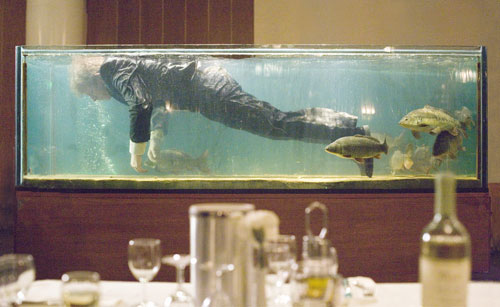 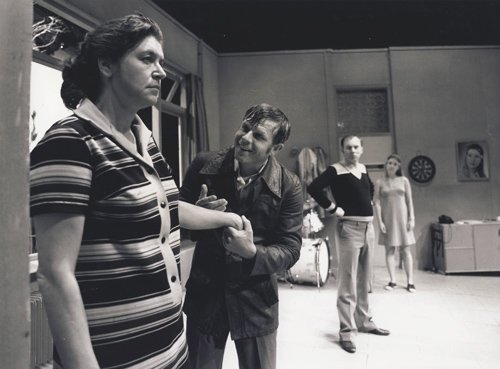 17 January 1970 Alex thinks up a public act for the Eksperimentele Tejatergroep of the Witte Tejater from IJmuiden. A group of fourteen youngsters, amongst who Alex and Marc van Warmerdam, hold a march across the Lange Nieuwstraat in IJmuiden, with the mayor’s permission. The group carries signs and banners without any text and hand out blank stencils.

1971
27 January 1971 Preview of Robins Speelhuis by Wim Zomer theatrical company. Sets: Alex van Warmerdam.
18 November 1971 National airing on VrijUit by the broadcasting channel NOS of Jofele toestanden, a selection of separate sketches that the Eksperimentele Tejatergroep of the Witte Tejater in IJmuiden has played for over a year. One of the series’ actors and creators is Alex van Warmerdam.
1972
Beginning of 1972 Alex van Warmerdam devises and plays the rock star Melvin Blister during a first performance with the Hauser Kamer Orkest at a school party at Kennemer Lyceum, a grammar school. The rock star act will later return in Op Avontuur (In Search of Adventure).
10 December 1972 Op Avontuur premieres at PEN youth centre in IJmuiden. It is the first show of the new collective Hauser Orkater, which came into existence when the Hauser Kamer Orkest from Amsterdam brought in Alex van Warmerdam, because it wanted to add more theatre to its performances. Vital members of the group are Dick and Rob Hauser, Jim van der Woude, Alex, Marc and Vincent van Warmerdam, Chris Bolczek, Thijs van der Poll, Gerard Atema, Eddie Wahr, and – later on – the actor Peer Mascini. The members of Hauser Orkater are jointly responsible for the texts, design and music.
1975

17 September 1975 Famous Artists, the second show of Hauser Orkater, premieres at the Shaffy Theatre in Amsterdam. The name is taken from a then popular American drawing school, where you could take courses by mail. The show was a joint effort by all members.

April 1977 ’t Vermoeden (The Suspicion) premieres at the Shaffy Theatre. The third show by Hauser Orkater is another collective effort. It also launches Alex van Warmerdam the author. He writes the lyrics for actor Peer Mascini’s character and two songs in Dutch, amongst them Neckermann’s ongerief, which is recorded in 1978 for Hauser Orkater’s first studio album. The show includes Striptease, by Alex and Jim van der Woude which is made into a film in 1979.

1978
Spring of 1978 Entree Brussels, the fourth collective show by Hauser Orkater. The performance is made into a film under the direction of Frans Weisz and is broadcast in October 1978 by broadcasting channel VPRO.
21 October 1978 Hauser Orkater is released, the group’s first official album. One of the most popular songs is Azijn, a song by Alex van Warmerdam.
1979

22 May 1979 Zie de mannen vallen (Watch The Men Fall), the last collective show by Hauser Orkater, officially premieres at the Shaffy Theatre, after some weeks of try-outs and trial performances. This time practically all spoken lines are by Alex van Warmerdam.

April 1982 Premiere of Graniet (Granite) by De Mexicaanse Hond at the Shaffy Theatre. With Alex and Marc van Warmerdam, Thijs van der Poll, Chris Bolczek and Aat Ceelen. Text and design: Alex van Warmerdam. Production: Orkater. Graniet is also made into a film, again directed by Frans Weisz, and broadcast by the VPRO.

2000-2001 Series of gouaches for the newspaper NRC Handelsblad’s supplement on Saturday.

3 May 2002 Premiere of Welkom in het bos (Welcome to the Woods) by De Mexicaanse Hond at the Toneelschuur in Haarlem. With Pierre Bokma, Annet Malherbe and Liz Snoijink. Text and direction: Alex van Warmerdam. Music: Alex van Warmerdam and Frans Waxman. Production: Orkater.